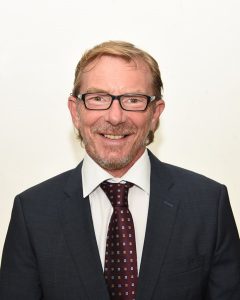 I have a position as Adjunct Professor in Psychoacoustics at the Division of Applied Acoustics since November 1, 2016. I received a diploma in Electrical Engineering/ Communications Engineering from the Technical University of Aachen in 1987 and a doctor’s degree (Dr.-Ing.) in 1993 for my doctoral research study “Signal Processing Model of the Human Auditory System”.

During my work at HEAD acoustics I was involved in numerous consulting projects mainly related to automotive applications, as well as in 18 publicly-funded national and international research projects. A complete list of these research projects can be found here.

I will teach the course “Human Response to Sound and Vibration” (VTA 160, 7.5 ECTS credits). Additionally, my work at Chalmers Technical University will comprise supervision of PhD- and MSc-students as well as advice and support in applying and running research projects.

A complete list of publications can be found here.

This website uses cookies to give you the best experience. Agree by clicking the 'Accept' button. By continuing to browse this site, we assume that you are agreeing to this use.