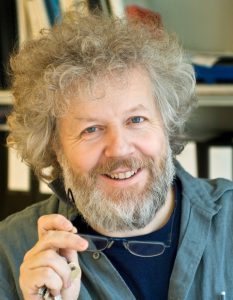 I am born and grown up in small village situated in the south west of Germany close to the French border. My education in acoustics I received at Manfred Heckl’s Department of Applied Acoustics in Berlin, where I also worked as a PhD student with the modeling of tyre/road noise. During the following years I have never managed to escape from this research area although I tried hard. Consequently tyre/road noise generation is still one of the main issues in my own work. In 1992 I moved to Sweden to spend a post doctoral period at the Department of Applied Acoustics at Chalmers University of Technology.

Since 1998 I have a chair in Applied Acoustics at Chalmers University of Technology, as successor of Tor Kihlman.

My personal interests cover a variety of activities which give me the opportunity to be active with my hands or legs (no examples given here).

This website uses cookies to give you the best experience. Agree by clicking the 'Accept' button. By continuing to browse this site, we assume that you are agreeing to this use.